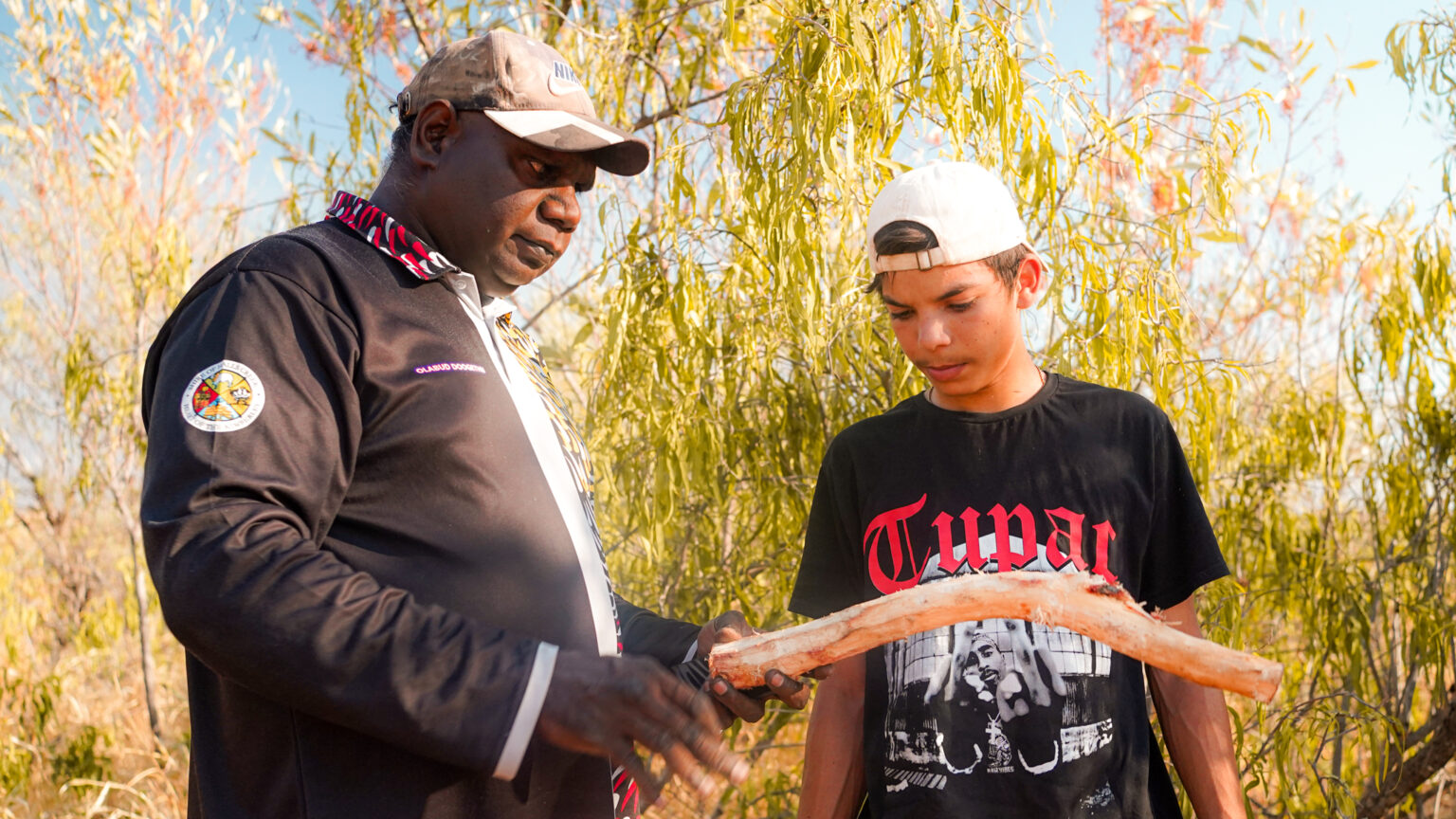 Olabud Doogethu's Mibala Learning on Country was featured by the ABC News across national television, radio, and online in October 2021.

In October 2021, Olabud Doogethu was featured by the ABC News across national television, radio, and online focusing on the Youth Engagement Night Officer (YENO) program and the latest addition, Mibala (‘us together’ in Kriol).

Mibala is Olabud Doogethu’s alternative education program, supporting young people who have disengaged with the traditional education system by placing Aboriginal knowledge and history at the front of children’s learning.

The ABC News coverage highlighted the poor school attendance rate (35%) in Halls Creek, which has resulted in most children in Halls Creek having less than average numeracy and literacy skills, compared to the rest of Australia.

Arron Little, a local Kija man and the Coordinator of the Mibala Program, feels that too many Aboriginal kids don’t have a connection to their Aboriginal culture and identity, and so they find it difficult to navigate between the two worlds they find themselves in – the blackfella and whitefella world.

‘Our greatest strength as people who are leading this program is that we ourselves have gone through similar experiences that the kids have gone through. We can relate on a level no kardiya can understand, and I think that’s what makes Mibala unique. It’s done by local people and our Elders, who have lived these lives too,’ said Arron.

Funding for Olabud Doogethu was also highlighted by the ABC News, highlighting that if the program is to remain innovative, governments need to back locally-led Aboriginal solutions for the long-term.

Dean Mosquito, Olabud Doogethu’s Executive Officer of Culture and Transformation and local Kija and Jaru Elder spoke on the importance of listening to local mob – local solutions for local problems.

‘They’ve [white institutions] have been doing it for the last 30 years their way; time to turn the tables and do it our way.’

To access the ABC News coverage, you can read the article here, or watch the full story here.