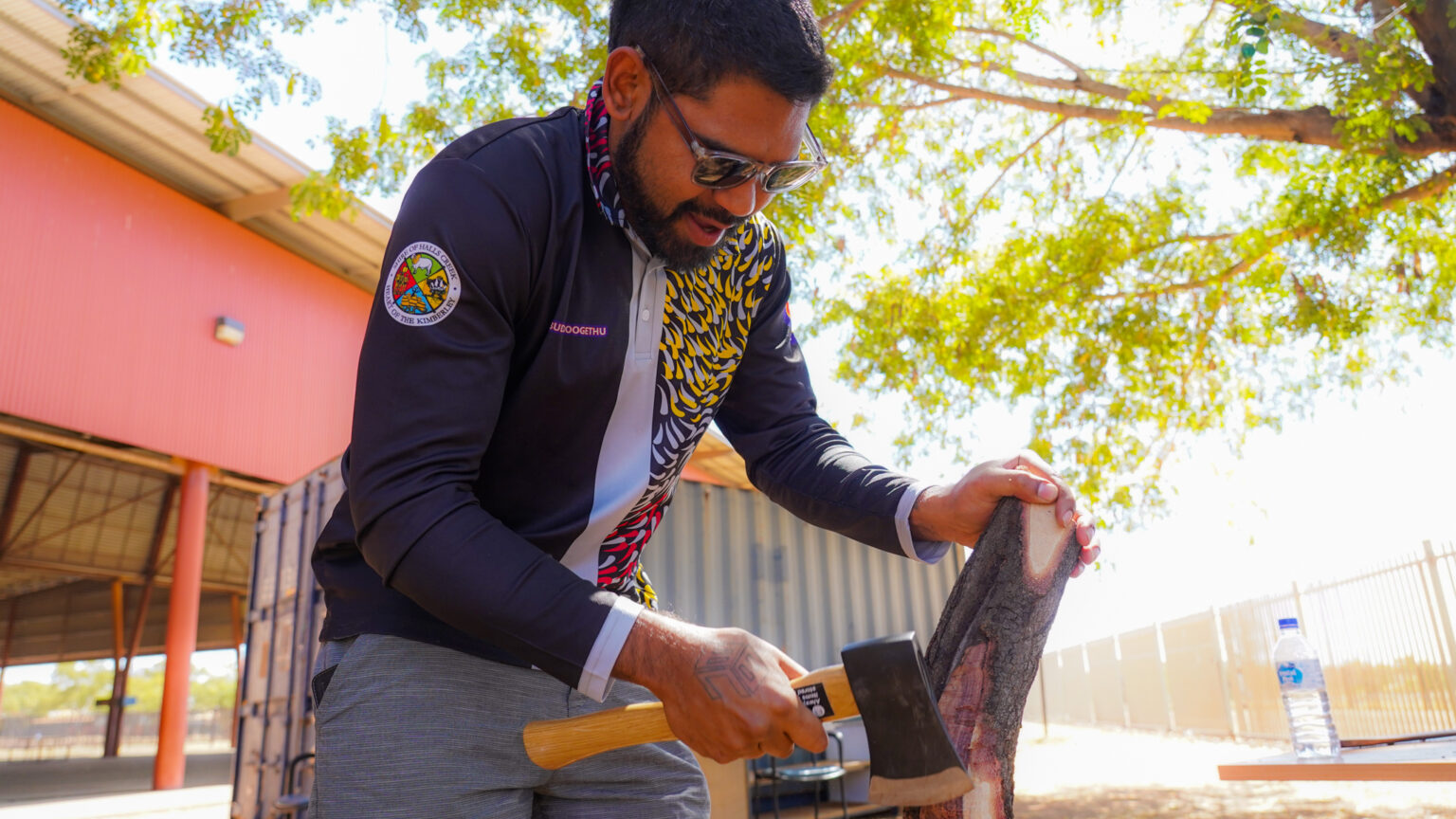 In mid-August 2021, Olabud Doogethu began its pilot of 'Mibala' ('Us Together' in Kimberley Kriol), an alternative education pathway for children that have disengaged in schooling.

In Halls Creek, education remains one of the toughest policy challenges. For years, the education system has lagged behind, failing to prepare the children of Halls Creek for a future in the 21st century.

Research from the Bankwest Curtin Economics Centre ‘The Early Years: Investing In Our Future’ report released last year has shown that Halls Creek ranks as one of the most disadvantaged communities for early childhood education and development in Australia.  In Halls Creek, 75% of people are Aboriginal. For many children and young people living in Halls Creek, English is their second or third language. Having an education curriculum that fails to adapt to the local cultures and languages makes it more challenging for children.

As a response to this, Olabud Doogethu began the development of ‘Mibala: Learning Country’, a nationally-accredited certificate that will seek to draw on the timeless strength of Aboriginal culture as a tool to support young people’s development and instil confidence and sense of identity.

Most importantly, Mibala has been developed by local Aboriginal Elders and community leaders in Halls Creek, which highlights the urgent need for a localised approach to education.

‘We’re still in early days, but it’s been fulfilling to say the least. We have kids who left the mainstream education system for years now, so it’s difficult to try and get them into a routine. So we work around them, we have had to tailor our approach to them and try to alter out expectations,’ said Thomas Farrer, a Kija man that has joined to support the Mibala program.

When it comes to engaging kids, it’s all about understanding who they are. ‘Our first few days, we actually just observed how they behaved when we took them out on to Country. Who were the leaders, who were the followers, and what would motivate them,’ said Arron Little, a Kija man and the Mibala Learning Coordinator.

‘Delivering our teaching with flexibility is key. Working in a routine, like in a traditional school, is difficult for these kids. Because they likely grew up in an environment that was unstructured and unpredictable themselves,’ said Arron.

‘Every group of kids that go through Mibala will be different. These are the kids that the schools have left behind, and these are kids that have fallen through the gaps. For a lot of them, they don’t feel like they look forward to a lot of things and opportunities. But through Mibala, we hope they learn more about the strength they have, who they are, where their tribe is from, and that we – as Aboriginal people – are resilient people who are the oldest living culture in the world. We can do anything, because we’ve always adapted,’ said Thomas.

‘Our greatest strength as people who are leading this program is that we ourselves have gone through similar experiences that the kids have gone through. We can relate on a level that no Kardiya can understand, and I think that’s what makes Mibala unique. It’s done by local people and our Elders, who have lived these lives too. We were just fortunate to find our own strength through our lives, and now we hope we can pass this on through our connection to culture and Country,’ said Arron.

Mibala is also guided by Dean Mosquito, Kija and Jaru man, who is the Executive Officer for Culture and Transformation. Dean oversees all of Olabud Doogethu’s cultural activities and ensures that all programs and operates follow Aboriginal culture and protocols.

‘When I left school at 15 years old…I helped the teacher translate the lessons to the kids and help break down the English, since most kids were from out of town,’ said Dean.

‘Mibala will be teaching kids cultural stuff. We’ll try to get them ready [for life]… to identify who they are, where they’re from… because most of our kids don’t know who they are and they’re missing out on what’s really important – which is our identity and culture,’ said Dean.

‘I hope when they come out of Mibala, they feel proud of themselves, what they have achieved, where they’re going in life and learn how to respect their land, their culture, and their language,’ said Dean.