Let’s Talk To Our Kids 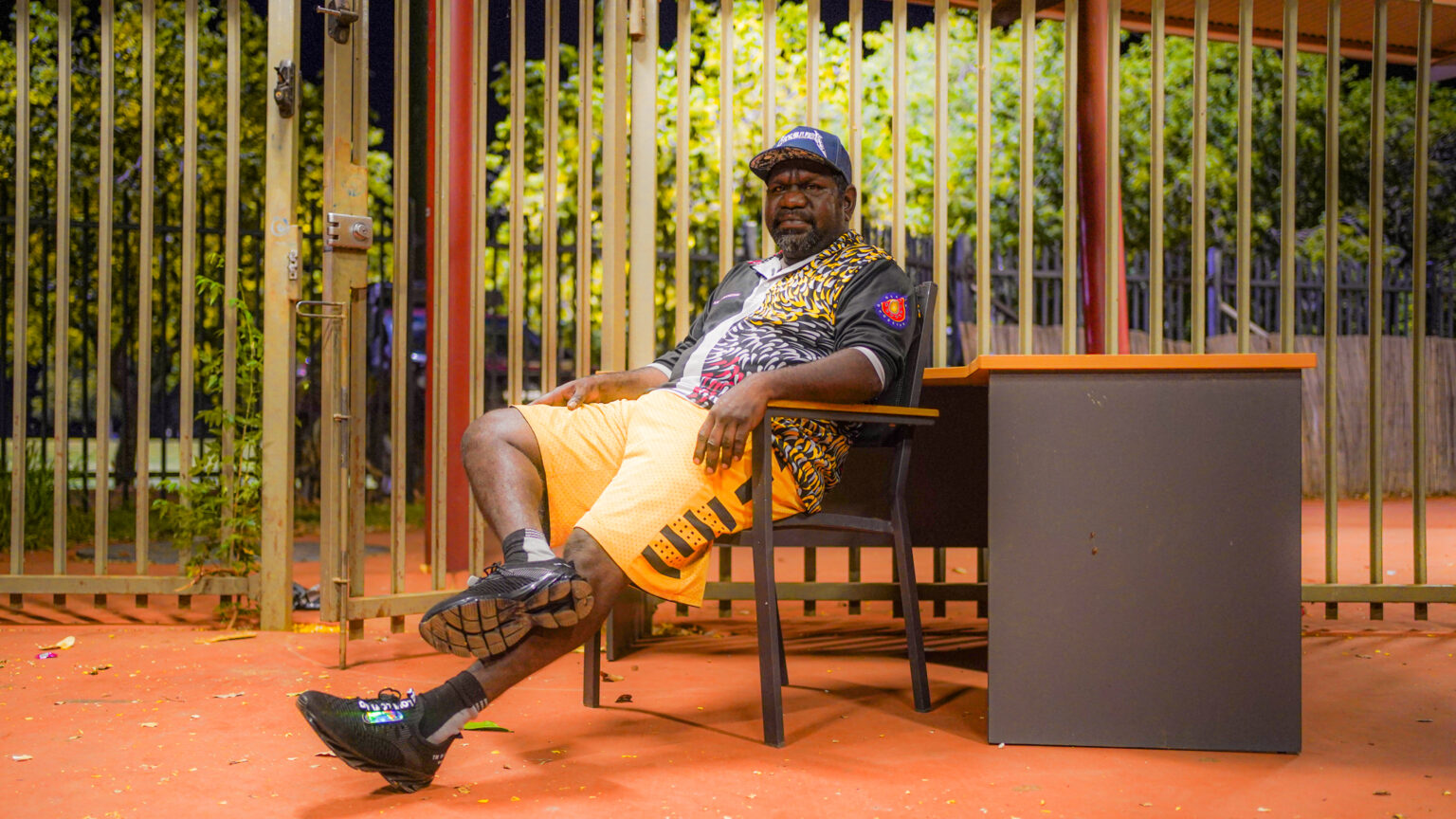 Joseph Cox, a local Jaru and Gooniyandi man, is a Youth Engagement Night Officer and believes in the power of talking to young people and kids to learn how we can provide support, direction, and guidance.

Joseph Cox, a local Jaru and Gooniyandi man, has spent most of his life in Halls Creek. After working across the Kimberley and Northern Territory as a station hand, he eventually returned to Halls Creek to raise his young family close to home.

“I have three kids. They’re still pretty young. We try to keep them at home and I’m trying to get them into fishing, hunting, and bush tucker,” said Joseph.

In September 2021, Joseph joined the Youth Engagement Night Officers to see what it was like working at night time.

“I joined Olabud Doogethu because of the night shift. I wanted to try a different experience working at night, compared to a day job. It’s going alright. It’s good to try and keep the kids under control and try to change things for the better in the community,” said Joseph.

Not always a straight answer

A key part to the YENO’s success in Olabud Doogethu’s justice reinvestment initiative is their engagement with the young people and children who roam the streets at night. For Joseph, having a yarn and having a conversation is one of the most important skills to have as a YENO.

“What motivates me is to try and get the kids to listen, to move them along to go home, and just talking to them. We ask them why they’re out at night, what they find good about walking around at night and all that. But they don’t always give you a straight answer. They’re always changing. They’re good with their words.”

Using that energy for good

“I feel like there aren’t enough programs for them, especially after school and early evening. After the King of the Kimberley, the kids had some basketball going on. After that, when it came to 10pm, we moved them along. But they were all ready to go home and we didn’t have a lot of kids on the streets around that time. It’s good to see some programs happening, but I think we need more.”

It doesn’t look like there’s anybody there for them

Most importantly, Joseph believes parents need to check in with their kids more often. After walking the streets regularly at night since he began in September, Joseph believes that a lot of the young people and kids out at night just lack a bit of direction, support, and guidance.

“That’s where it needs to start – at home. Parents and their families need to try pull their own kids up, talk to them about what’s happening, how they’re feeling, what’s right and what’s wrong. But I don’t think parents are talking to their kids. There’s nobody talking to them asking them the questions we ask them at night. To me, it doesn’t look like there’s anybody there for them.”