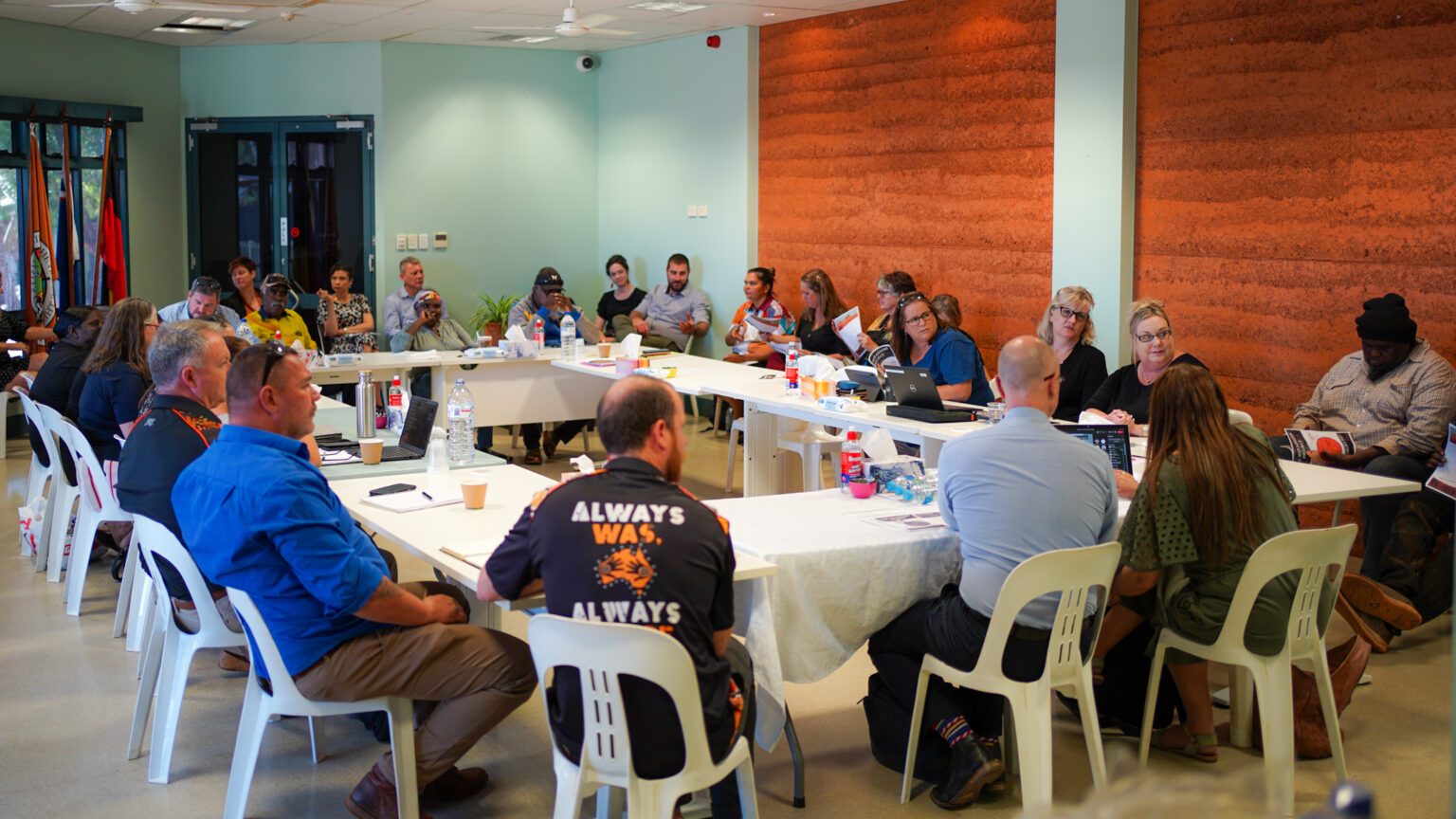 On 25 and 26 August 2021, the desert communities of Wirrimanu (Balgo), Mindibungu (Billiluna), Mulan, and Kundat Djaru (Ringer Soak) met for their first governance committee meeting and also launched their prospectus at the East Kimberley District Leadership Group in Halls Creek.

The Kutjungka (‘as one’ in Kukutja) project is an Aboriginal-led initiative to improve the livelihoods of remote desert communities, fix local issues and keep the government and service delivery providers accountable.

In his opening remarks, Dennis Chungulla welcomed all the community leaders: ‘We’ve all worked hard to get here. We want to see our family and kids benefit from this project. Let’s make it work for our people, together.’

The Kutjungka governance committee finalised the Kutjungka prospectus, which identified all the key strategic priorities that were shared but also on a community level.

Noel Mason, CEO of the Shire of Halls Creek, briefly joined the Kutjungka governance meeting and evoked the importance of the project for the future ways of working in remote Aboriginal communities.

‘Kutjungka is the project that shows them that we need to change the way we do business in remote Aboriginal communities. For far too long, governments have had too much of a say in the lives of those in remote Aboriginal communities, without the people benefiting at a local level. Kutjungka is an opportunity for us to practice what we preach,’ said Noel.

Margaret Glass, Director of Youth and Community Development at the Shire of Halls Creek, also helped to chair the first governance meeting: ‘We have come here to have a bigger political voice and so the government can hear the voices from the local level. So the idea is to get this leadership committee strong, do the advocacy in Perth and Canberra – wherever you need to go – but you mob doing it for yourself, for your communities,’ said Margaret.

Julianne Johns from Mulan shared why she was a part of the Kutjungka project: ‘We’d like to see a better community, see what happens and help our young people,’ said Julianne.

Peter Wein from Kundat Djaru (Ringer Soak) also emphasised that remote Aboriginal communities are left out and Kutjungka would be able to have their voice heard: ‘We really want our communities up and running. We can’t just talk; we need to see action. Ringer Soak is always left out. Our community is really lost. So we’re joining together with this project to make a future for ourselves.’

The Kutjungka community leaders also presented at the East Kimberley District Leadership Group, which included senior government officials from different agencies (such as the Department of Justice and Department of Communities).

The Kutjungka project is being rolled out in the coming months and is funded by the National Indigenous Australians Agency.