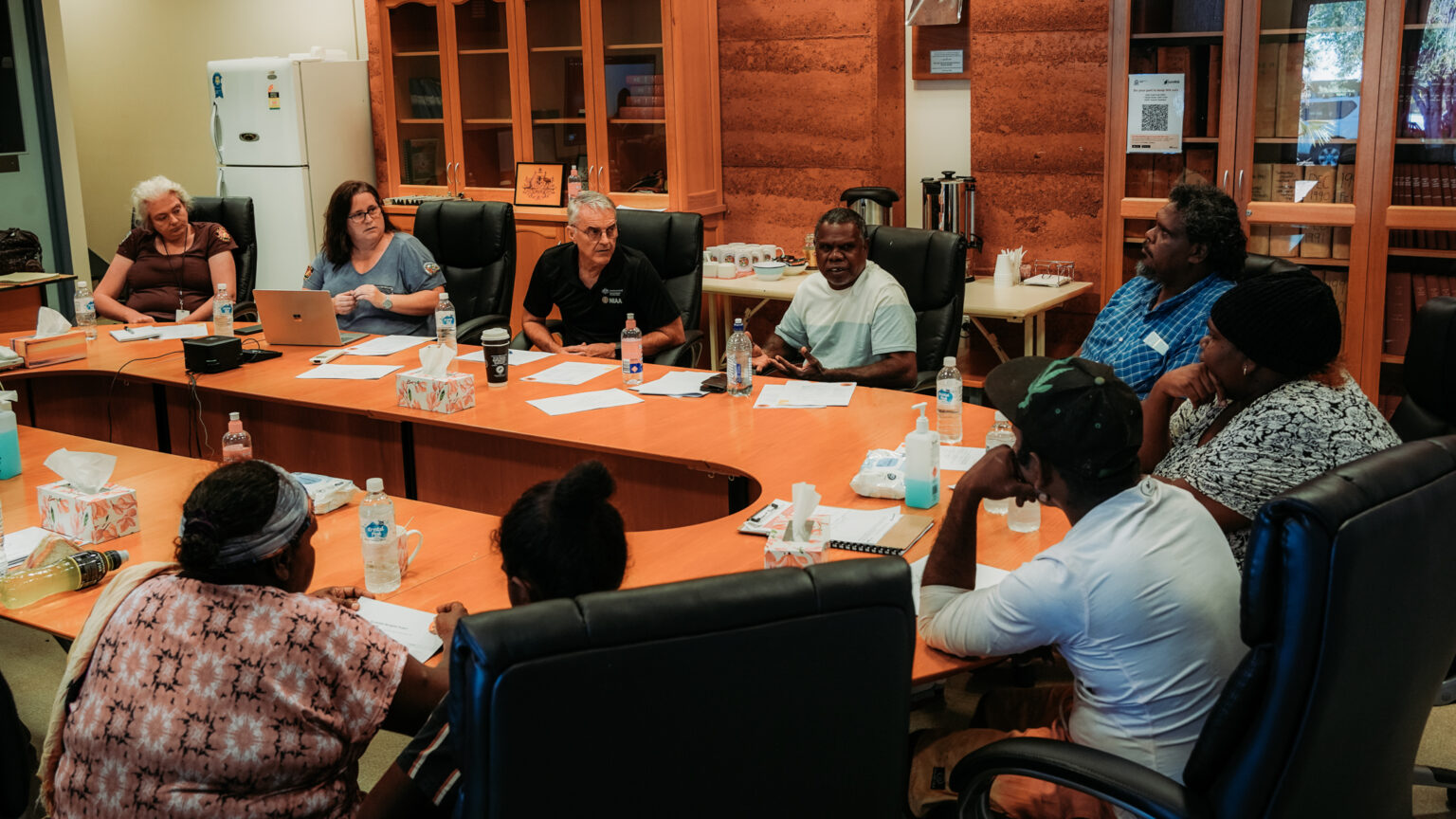 The Kutjungka ('as one') project will support the remote desert communities of Mulan, Wirrimanu (Balgo), Mindibungu (Billiuna) and Kundat Djaru (Ringer Soak) to improve access to services in each community through local Community Navigators.

The two-day meeting was an opportunity for the community leaders to identify a governance committee that will help steer the future of the Kutjungka project, to identify the key priorities in each community, as well as the shared key priorities at a broader strategic level.

Mulan, Wirrimanu (Balgo), Mindibungu (Billiuna) and Kundat Djaru (Ringer Soak) identified similar issues in terms of what they would like the Community Navigators to focus on – from short-term to long-term priorities. This included key priority areas such as housing, health, and local community infrastructure.

The Community Navigators will work on the local level within their own communities, while the governance committee will advocate and lobby for issues that are shared among the communities.

‘When you work together, you learn from each other,’ said one of the community leaders at the meeting in Halls Creek.