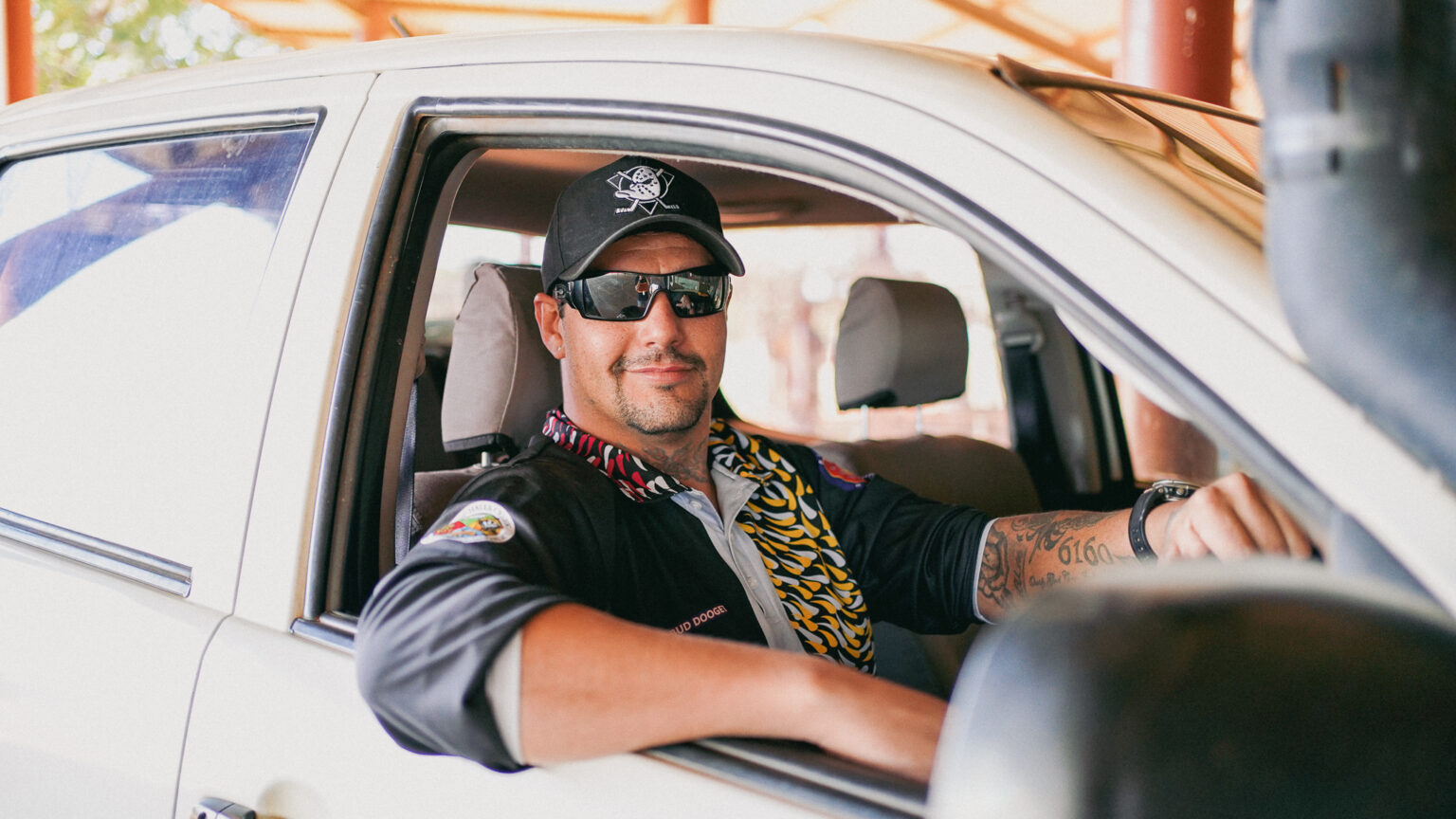 Since Olabud Doogethu began its journey two years ago, it has led to a transformation in Halls Creek, which has caught the attention of communities throughout Australia.

It was the first time Olabud Doogethu visited Derby and they were excited to see how they could support the Derby community. ‘We went to Derby and met with the Shire of Derby, local organisations, the Headmaster of the local school, as well as communities from the surrounding Derby area, such as Mowanjum.’ said Arron Little, Olabud Doogethu’s Alternative Education Coordinator.

‘They wanted to hear about Olabud Doogethu’s approach, how it has been successful and how they can potentially incorporate a program in their own community, similar to our Youth Engagement Night Officers (YENO),’ said Arron.

Sophie Stewart, Campaign Coordinator from SRWA, was also involved in meeting with the Derby community. ‘The workshop in Derby was well attended by multiple organisations in town who also want to see a better future for young people. They are exploring on how to embark on their own place-based social reinvestment journey. The Olabud Doogethu leaders were able to share their experiences and expertise to help guide Derby on the next steps they could take. We hope to continue sharing resources, learnings, and support as they collaborate on a new way forward and forward and grow together,’ said Sophie.

Following the Derby meetings, Social Reinvestment WA and Olabud Doogethu travelled to Fitzroy Crossing the next day. ‘In Fitzroy Crossing, we met with the Fitzroy Womens Resource Centre Marninwarntikura, and it was impressive to hear of the work they are already undertaking in their community – from running a women’s shelter, a legal centre, an arts centre and art therapy program, and a family space for healing, as well as walking alongside young people with cognitive impairments and Foetal Alcohol Spectrum Disorder (FASD). They were really interested in Olabud Doogethu’s Alternative Education TAFE Certification work (Mibala). We plan to continue to share ideas, research, and models which have worked across respective communities,’ said Sophie.

Following the series of meetings, Arron reflected on how he felt: ‘I felt a sense of pride for my community and for my town knowing that we’re not turning our backs away from anybody else. We want to share our knowledge and our experiences and hopefully that can help better their communities.’