From 28 June to 1 July 2021, partner organisations from Social Reinvestment WA travelled from all around Australia to meet with Olabud Doogethu in the Shire of Halls Creek.

The immersion trip included travelling out on to Kija and Jaru Country with Olabud Doogethu leaders, such as Springvale, Lumuku (Osmond Valley), and Palm Springs.

Olabud Doogethu leaders had the opportunity to share about the future direction and their next steps, including the establishment of the Men’s Tribal Centre, the Kutjungka (‘as in one’ in Kukutja) human rights project, and the alternative education pathway, Mibala (‘Us Together’ in Kriol), which will be launched later this year.

Stefaan Bruce-Truglio, Senior Policy and Advocacy Officer at the Youth Affairs Council of Western Australia, reflected on his time in Halls Creek:

‘There were so many things that I learnt on this trip it is hard to decide what to mention. I guess the most important thing is that this trip reinforced my unequivocal belief that when Aboriginal communities are resourced to enable them to utilise their knowledge and other strengths to take action and make change, they can make such a difference in such a small period of time. Supporting Aboriginal Community Controlled Organisations, Elders, and young leaders to be able to place connections to culture, country and family at the heart of services for young people in their community is the most crucial component of healing,’ said Stefaan.

‘Decision makers, and all of us as non-Aboriginal Australians must walk this journey alongside Aboriginal people, by building the cultural understanding required to address the broader systemic issues (such as inadequate housing & healthcare and intergenerational trauma, racism and inequality), that continue to have a detrimental impact on the well-being and future of Aboriginal young people across the nation,’ Stefaan added.

‘Only by listening, learning, and building relationships with our First Nations communities as well as supporting and complementing Aboriginal-led initiatives, rather than leading when it is not our place, can we truly work towards reconciliation. This trip strengthened my resolve and commitment to continue to support SRWA and Aboriginal-led initiatives such as Olabud Doogethu in their efforts to advocate for Youth Justice reform, including the campaign to raise the age and end the overrepresentation of Aboriginal young people in the justice system.’

Sophie Stewart, Campaign Coordinator, from Social Reinvestment WA reflected on the future of justice reinvestment:
‘Place based Social and Justice Reinvestment will look so unique everywhere- because the way Olabud is working is forged by the strong cultural and community identity of the Kija and Djaru people of Halls Creek. It is inspirational work in reducing crime, building locally led Self Determined solutions, and engaging the most vulnerable young people. But responding to crime can only take us so far, we now need to focus on resolving underlying social issues in the community: Housing, Engagement with Education, Connection to Country and Culture to heal and grow strong. Connection and collaboration with more people and organisations in the community will be critical for this next part of the journey.’
Gabby Stretch, Case Intervention Officer with Olabud Doogethu, enjoyed the opportunity to go out on to Country with the Social Reinvestment WA coalition: ‘It was real good. Seeing the Country, going for a swim and welcoming everyone to the Country. That was my favourite part… If people are interested in our work, come check us out and get to know us and see what we do.’

Reflections from their visit:

Only by listening, learning, and building relationships with our First Nations communities as well as supporting and complementing Aboriginal-led initiatives, rather than leading when it is not our place, can we truly work towards reconciliation.​ 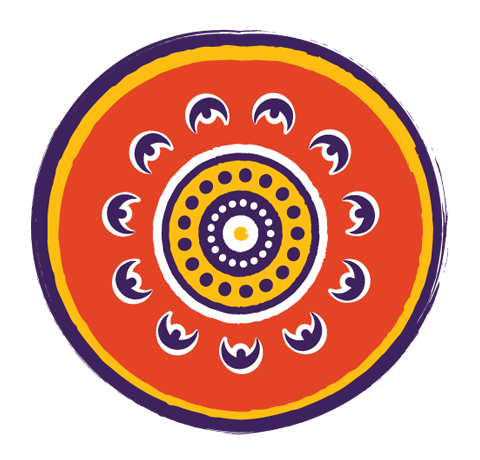 Stefaan Bruce-TruglioSenior Policy and Advocacy Officer, YACWA
I loved how the Olabud team were happy to share their stories, Country, knowledge and the connection they have to culture. They are truly making a change for their communities.​

Courtney CollardCase Manager, Outcare
It was wonderful, I really enjoyed meeting and spending time with everyone at Olabud and learning from them and their experiences. Going out bush was definitely the highlight for me, but I also really gained a lot from speaking with the YENOS about their work and heading out with them on one of the nights.​

Maggie MunnIndigenous Rights Campaigner, Amnesty International
Place-based social and justice reinvestment will look so unique everywhere because the way Olabud is working is forged by the strong cultural and community identity of the Kija and Jaru people of Halls Creek.