Towards A Better Future For Men 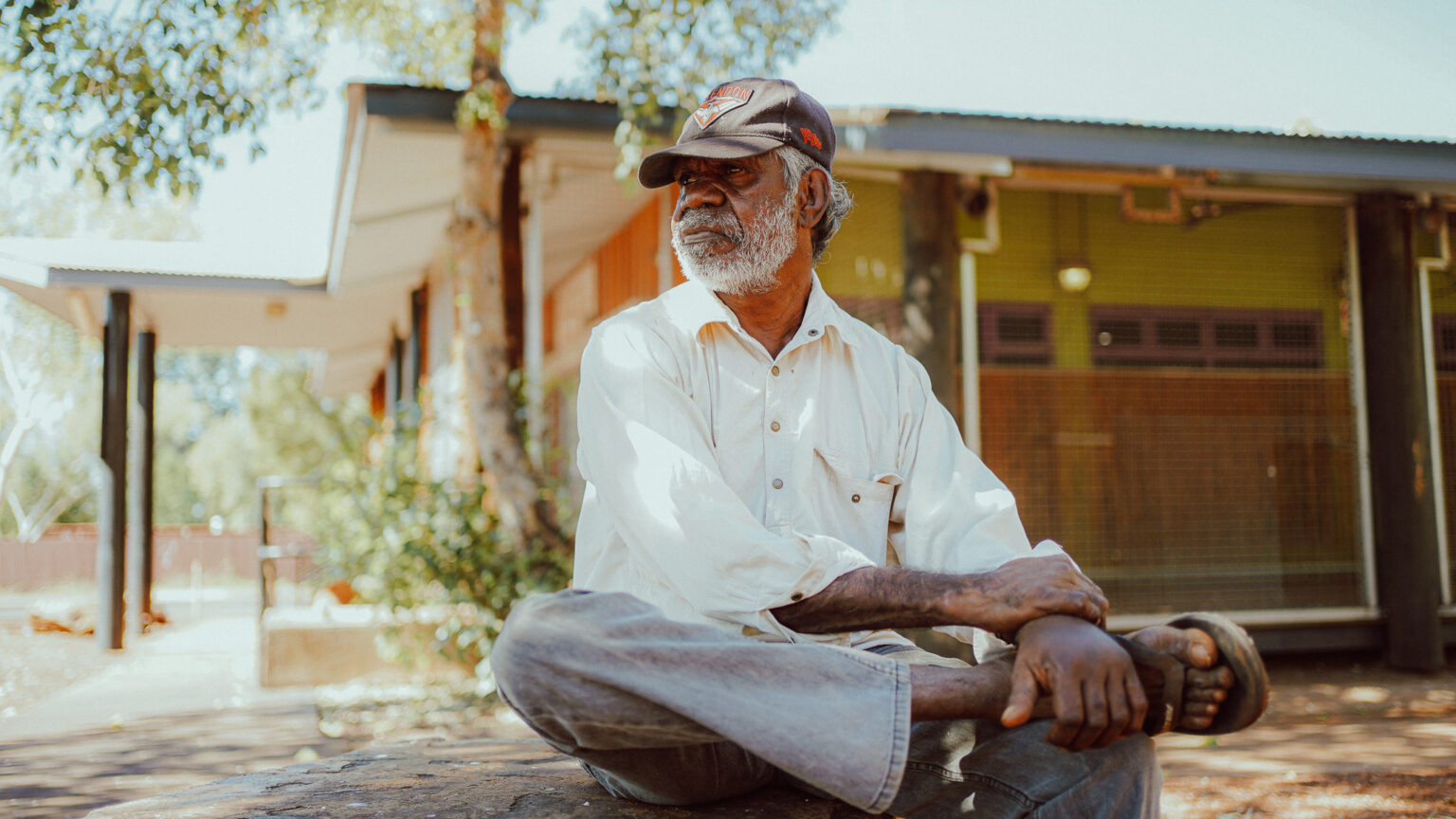 Donald Butcher is a Kija and Jaru Elder working to build a Men's Tribal Centre in Halls Creek to help guide men and young people towards a better future.

Donald Butcher, a Kija and Jaru man, was born and raised in Halls Creek. Growing up in Halls Creek in the 1960s, he recalls: ‘it was pretty scrubby… we had plenty of people from different tribes and we got on well when I was young’.

Like many others of his generation, Don finished school and worked in a stockyard and as a station hand. ‘I grew up mostly doing work on the stock yard… on the station… In this town, most of the old people, it was the only life we knew when we left school,’ said Don.

Looking back on his life, Don said the Halls Creek he grew up in was a lot different to what Halls Creek is today.

‘The kids are different now… they don’t have what we had – discipline… and being taught by our family everything that we know,’ said Don.

Olabud Doogethu, together with the local communities, identified the need for a Men’s Tribal Area, where men can come together and learn from each other, as well as the local Elders.

‘We’re starting to set up a Men’s Tribal Area, an area for fathers and sons… try to keep them out of trouble and have a better future… They got everything they need – but they need jobs and someone to give them that push,’ said Don.

‘We are trying to see what we can establish and slowly engage them and address the troubles in this town… it’s all about getting young men involved, so they know in the future they’ve got something to achieve,’ said Don.

Don hopes that the future generation hears his words:

‘You are the next generation. You’ve got to look forward to what you can achieve and build on it – for your family, for your community, and for this town.’