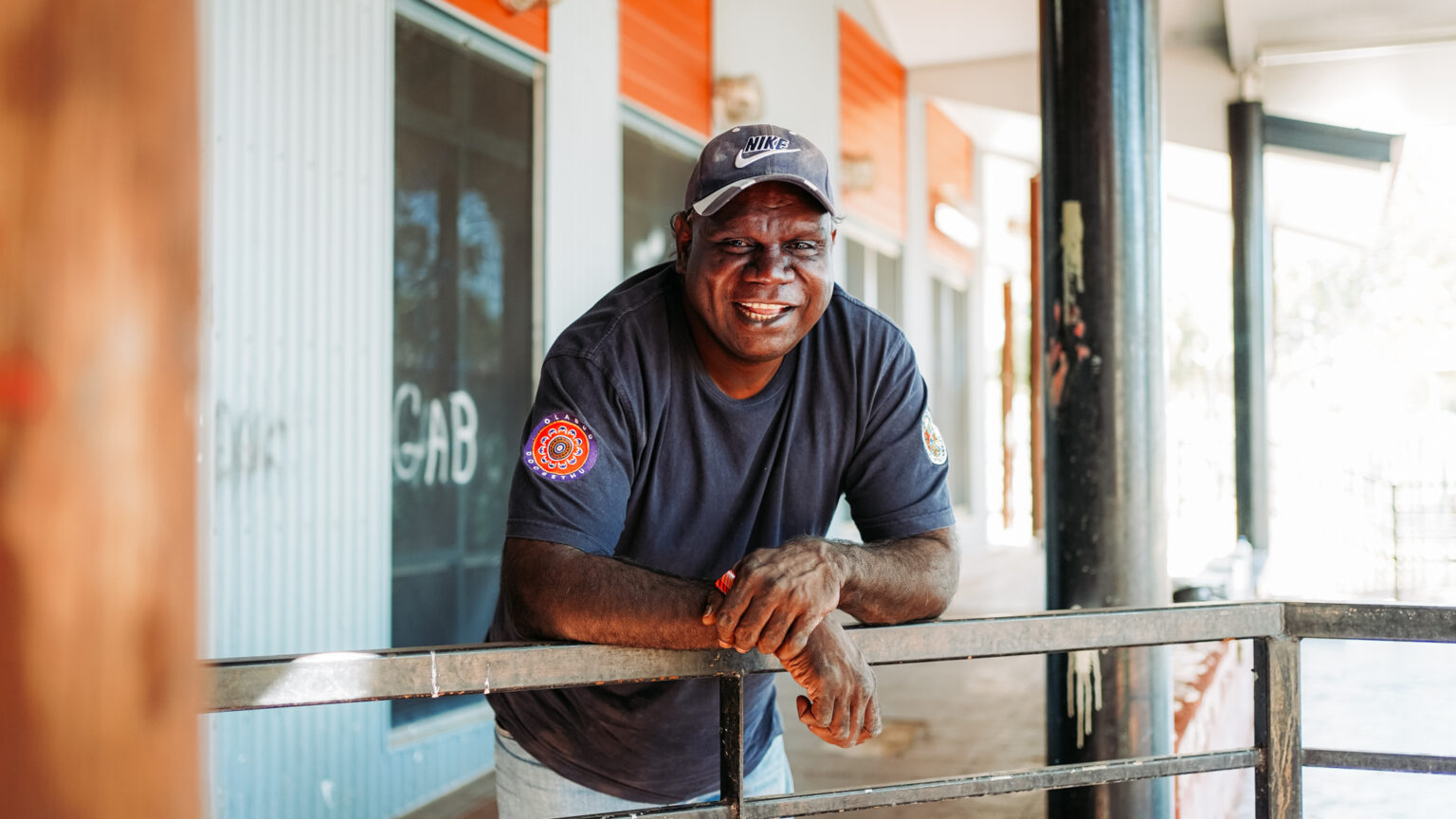 Finding a passion to help others succeed in life, Dean wants to use his lifetime of experience to help children build a better future through Mibala Learning On Country.

Dean is a Kija and Jaru man who grew up in Warmun and Halls Creek. When Dean left school at 15 years old, he quickly found a passion to help children learn and succeed which he has carried through his entire life.

`The best part was helping kids get jobs…. I’d help the teacher by translating the lessons to the kids and help break down the English, since most kids were from out of town,’ Dean recalls from his early days as an ATA.

Dean is Olabud Doogethu’s Executive Officer for Culture and Transformation, which includes providing strategic direction for the Mibala Learning On Country program. Mibala seeks to help children develop a strong sense of ‘self’ by taking them out on to Country to reconnect them to their Aboriginal culture, which will then support their efforts to re-integrate into mainstream schooling or pursuing employment pathways.

‘Mibala will be teaching kids cultural stuff. We’ll try to get them ready [for life]… to identify who they are, where they’re from… because most of our kids don’t know who they are and they’re missing out on what’s really important – which is our identity and culture,’ said Dean.

‘I hope when they come out of Mibala, they feel proud of themselves, what they have achieved, where they’re going in life and to learn how to respect their land, their culture and their language,’ said Dean.

Dean is excited to see how the Mibala program can make an impact on the children in Halls Creek. But he also knows that it’s ultimately up to the next generation to build the future that they want.

‘At the end of the day, it’s all about choice. We can teach you all of this. But as a matter of fact, it’s up to you how you put it together,’ said Dean.