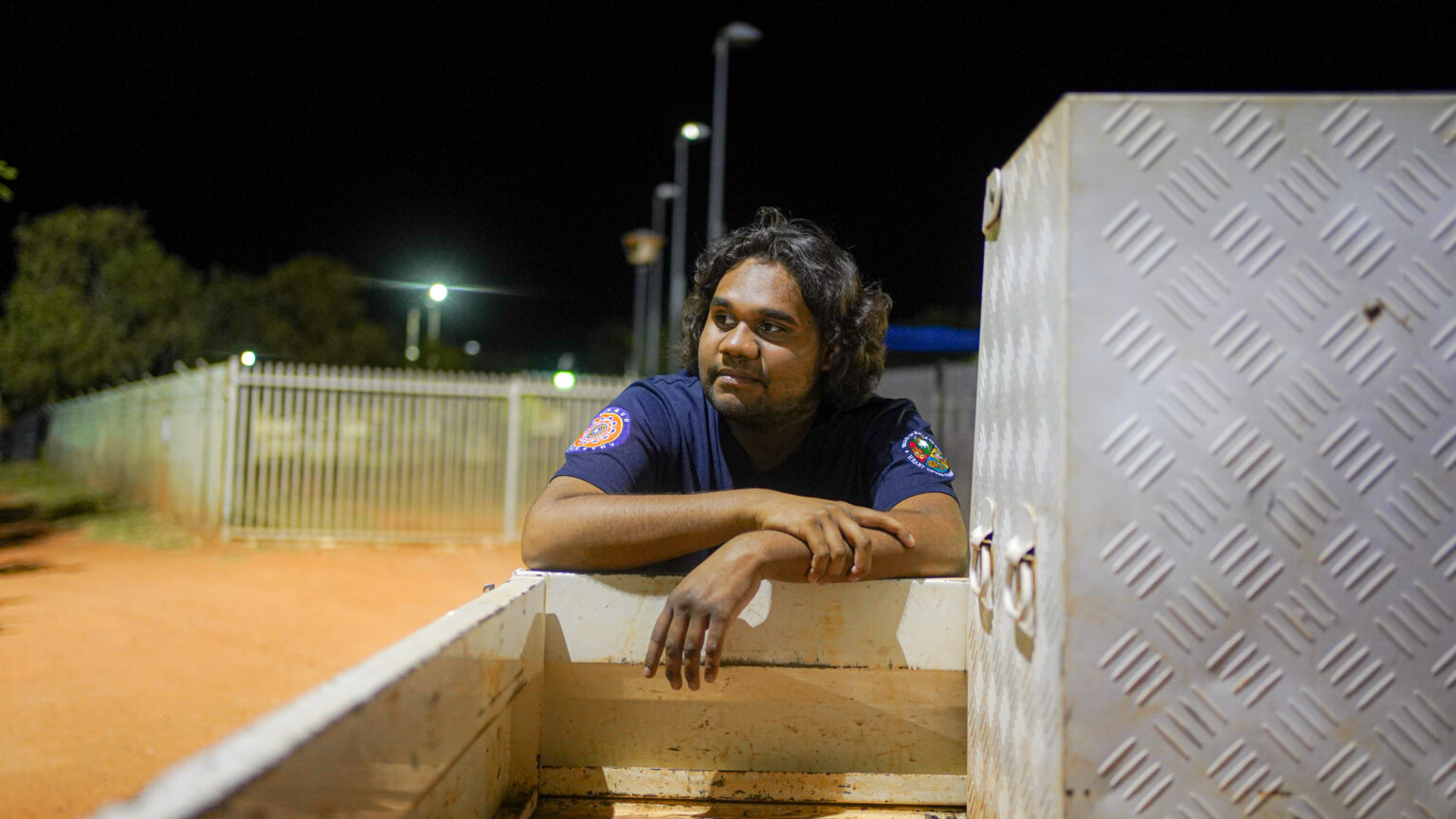 James Tremlett is an 18-year-old Jaru and Yindjibarndi man. As a Halls Creek local, he only wants the best future for the kids of Halls Creek.

Giving back to the community

James Tremlett is an 18-year-old Jaru and Yindjibarndi man who was born and raised in Halls Creek, WA. James left school at 16 years old to work in the mining and construction industry, but recently felt he wanted a change. He joined Olabud Doogethu after seeing his uncles, Dean Mosquito and Doug Morgan working.

“I had to make a decision between school and work, but I chose to work because I knew I was getting paid… I wanted to see what it feels like to work with the community and to be a role model for the kids,” said James, when asked why he joined Olabud Doogethu.

James joined Olabud Doogethu only three months ago as a Youth Engagement Night Officer. In this job, he walks the streets at night, engages with at-risk young people who are roaming the night, and tries to encourage them to go home.

When it was his first day on the job, he felt like his life flashed before his eyes.

“I thought it was like a dream, like my life flashed in front of my eyes. There was an ABC journalist that came to interview all the YENO team. It went alright, I didn’t get interviewed. To me, on my first night, I wasn’t expecting anything. It would have been funny if I was interviewed on my first night ever.”

The need to step-up

Only three months into the job, James believes that the community needs to step up and join the YENO efforts in being there for their kids.

“They don’t know how many hours we commit every night to just talk to their children, and sacrificing our sleeping patterns… To be honest, I think parents really need to step it up. They really need to speak to their own kids. Not put them in their place but look at things in a different perspective. Teach them right from wrong, give them a bit of discipline – that’s how we can change the situation at night from my perspective.”

Despite James’ youth, he speaks with the lived experiences of what happens at night as a YENO, when most of the community are asleep.

“[When I’m older] I don’t want to keep seeing the kids still late out at night. The cycle needs to stop continuing. I want the kids of Halls Creek having the best future that they possibly could have.”