A Role Model For Kids In Halls Creek 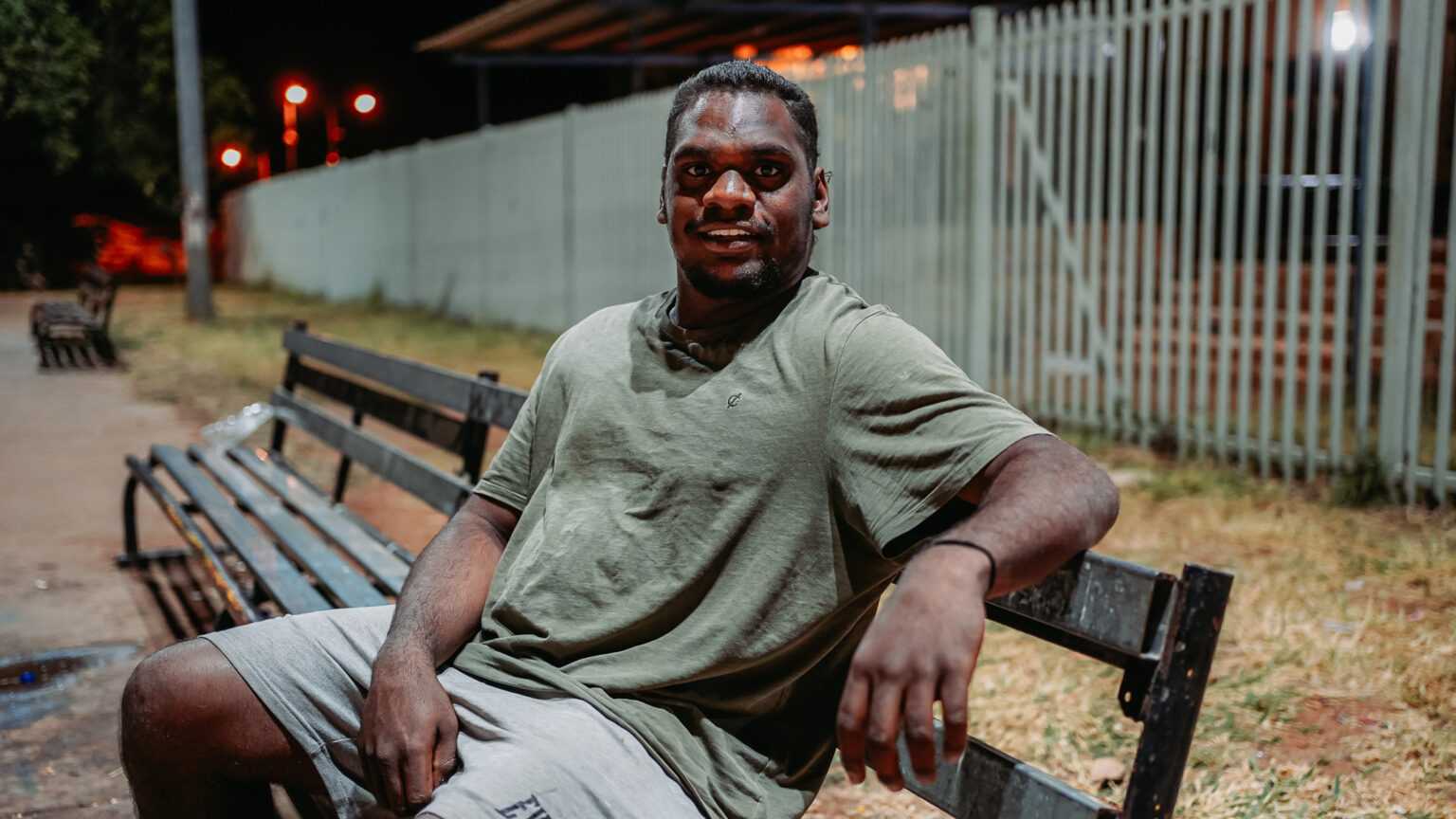 Thomas Bradshaw, known commonly as 'Junior T', left Halls Creek for Gippsland when he was just 11 years old. Now, at 19 years old, Junior T has returned home and is a role model for the children in Halls Creek working as a Youth Engagement Night Officer.

‘I was really excited at first… But actually, I was homesick for two weeks straight. I had the phone right next to me when I would go to sleep. Then whenever I would wake up, I just called Mum,’ said Junior T as he recalled how he felt about moving from Halls Creek to Gippsland, Victoria.

Today, Junior T is one of the youngest members of Olabud Doogethu. Junior T joined the YENOs only three months ago, but he’s seen as a young and rising star in Olabud Dooethu.

Walking the streets at night, the YENO team began two years ago as an initiative to keep local kids out of trouble. Growing up in Halls Creek, Junior T has fond memories of Halls Creek, especially with his Grandfather.

Junior T recalls, ‘It’s changed a lot. I used to be out bush with my Granddad a lot. Now he’s got work and that, he’s a very busy man. Back in the day, I used to go road trips with him and now, not anymore.’

‘As a Youth Engagement Night Officer, it’s been really good – being a role model and stuff. Trying to teach them the ways. Some listen, and some don’t. But they all get there,’ said Junior T.

As part of the YENO team, the YENOs rely on their ability to connect and engage with the children. Sometimes, this involves a bit of creativity.

‘We’re actually thinking… like one weekend with a couple of fellas and kids and take them out bush and go camping. So we were planning on doing that – and then, telling the kids, if we get your name down and you have three ticks – you’re not allowed to come,’ said Junior T.

While it’s hard work, Junior T hopes that the children grow up knowing their impact on the community.