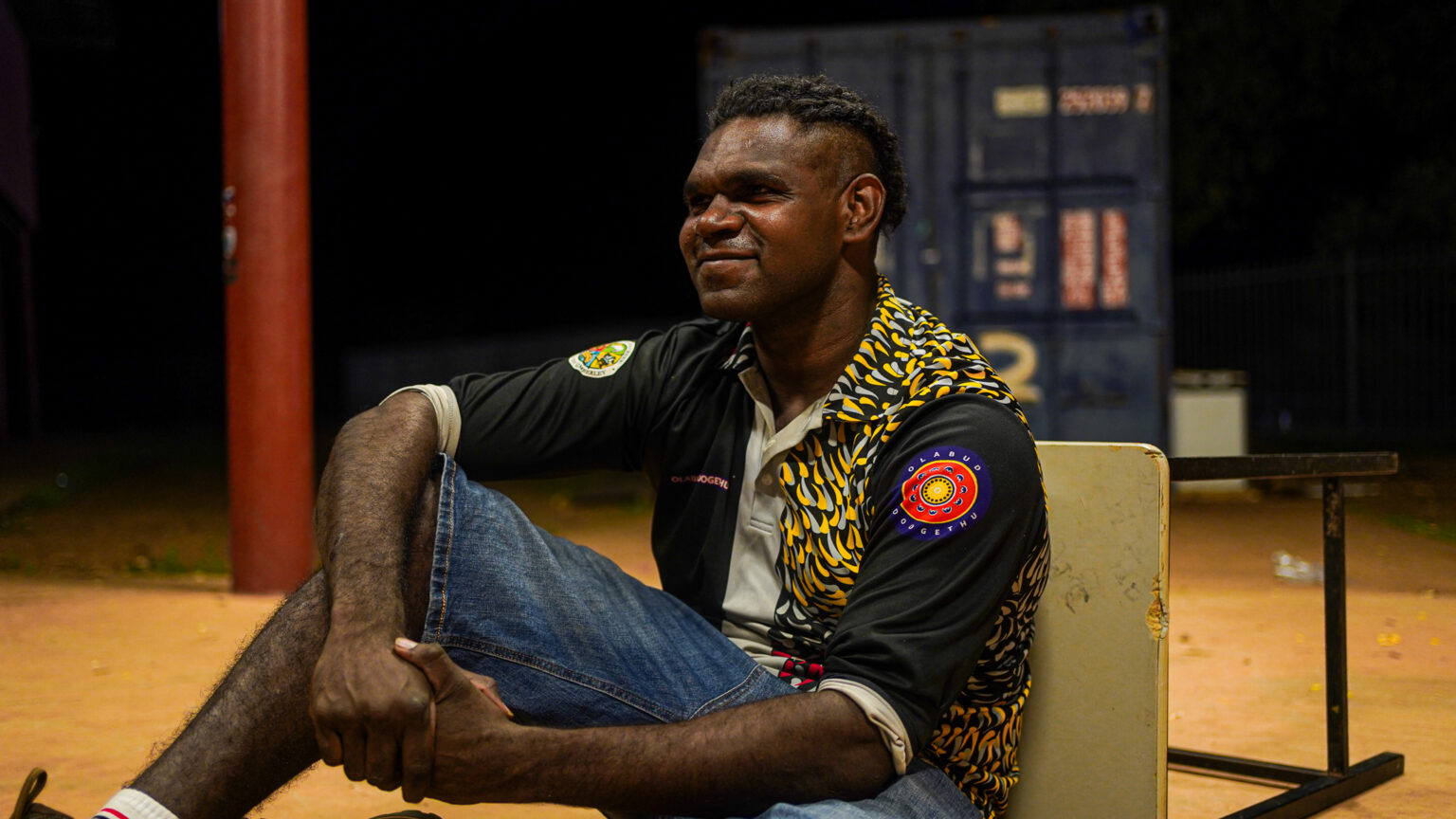 Sharing stories, little yarns, and drinking tea are some of the local solutions families can do to be there for their kids, says Jaru man Lorenzo Gordon.

A passion for young people

Despite growing up mostly in Kununurra, Jaru man Lorenzo Gordon has called Halls Creek home since 2012.

Lorenzo is one of the hardworking Youth Engagement Night Officers that regularly walks the streets at night working closely with at-risk young people. In the day, you can also find Lorenzo supervising the Halls Creek Aquatic and Recreation Centre ensuring that the kids are safe.

Throughout his career, Lorenzo believes that working with young people is a calling for him, as he was always taking care of his little cousins when he was growing up.

“I think [working with young people] is one of my callings. Maybe it’s a job that was meant to be for me, showing these kids how I grew up and telling stories to them. I feel like that’s the case because I’ve always looked after kids. I was one of the oldest in my family, so I was always looking after my little cousins and it just grew from there,” said Lorenzo.

Lorenzo brings a combination of lived experience and professional experience, having previously worked with young people in Derby, Broome, and Halls Creek before he joined the YENOs.

“My first job as an adult [18 years old] was as a Counsellor where I helped people who had disabilities or mental health challenges. Like people who have a hard time at home, always angry. Man, I didn’t know what I was doing. I went for it and tried it… I learnt how to be compassionate and be good to people.”

Lorenzo believes that his job as a Counsellor helped teach him how to read people and to offer support to them, even during difficult times.

But when Lorenzo was growing up, he admits he wasn’t the best kid. Anger was one of his biggest challenges.

“I wasn’t the best kid growing up in Kununurra. I was always getting into fights… The teachers there still helped me with big opportunities when I asked them, like going away and boarding. I was at Clontarf Aboriginal College in Perth for a year and a bit, but I got kicked out. I was quick tempered, got wild a lot, and threatened a lot of kids growing up,” Lorenzo said, as he reflected on his childhood.

It’s the little things that count

Since then, Lorenzo has turned a page and has used his lived experiences to share his knowledge and wisdom with kids who walk the streets out at night.

“Storytelling is pretty good. Some of these kids, when they walk around on the weekends, I try to encourage them to just hang around near their home and stay off the streets. Or have a friend over and have some cups of tea together.”

For Lorenzo, he believes it will need to be a community effort – not just the YENOs – to be there for their own children and spend time with them.