I See Myself In These Kids 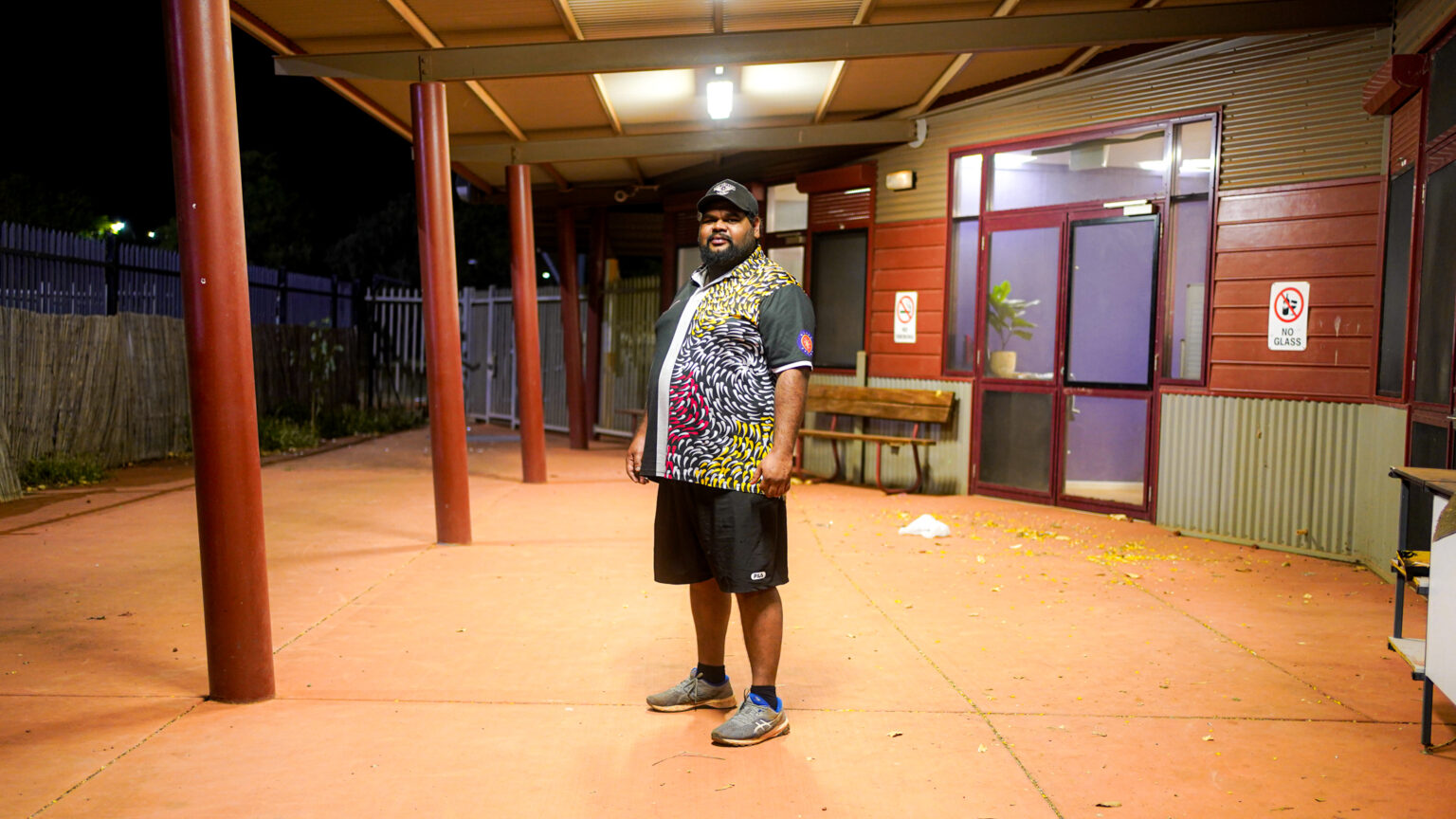 Doug Morgan, a Balanggarra man from Wyndham, sees Halls Creek’s kids going down the same path he took years ago.

From Wyndham to Halls Creek

Doug Morgan, a Balanggarra man originally from Wydnham, would have never imagined coming to live and work in Halls Creek. But in early 2020, Doug’s partner relocated to Halls Creek for work, which led him to finding a job with Olabud Doogethu – a program he never even heard of before he joined.

“I was just sitting down with some people, having some beers, and having a yarn. And then someone told me I should work for this night program in town. And I was like ‘what night program?’” said Doug.

First night on the job

Since then, Doug has been one of the most consistent Youth Engagement Night Officers working with the kids roaming around at night. His first night was filled with action, where he witnessed a group of kids stealing a car.

“It was crazy. I never thought I’d be doing this [job] on the streets at night in Halls Creek with the amount of kids. There were easily 40 to 60 kids when I joined the team. My first night on the job, I witnessed a stolen car. It sort of spun me out, like seriously? I was confused, stunned, and speechless – all at the same time. Seeing the kids fly through town and in the bush in a stolen car… I was surprised with how the kids knew about all these back roads throughout the entire town. It took the police a couple of hours to just shut them down.”

Past reflecting in the present

While Doug has only just started calling Halls Creek ‘home’, he’s motivated to see a change in the community and work towards a brighter future for the children because he sees a lot of himself in the kids today.

“Growing up, I’ve always been through the court, committing crimes, and on the wrong end of the stick. You see me, then you see them. I see them going down the same path that I took years ago, so I’m trying to help them stop now while they’re still young, or at least get them towards a better future,” said Doug.

But even in comparison to today’s generation, Doug feels that this generation is another level.

“I was mostly fighting. I didn’t do what the kids are doing out today on the street. It was just different then, I would have gotten a lot more discipline… [But also] they probably don’t get the love, respect, and attention that we did back in the day, you know? So, the kids today, they go out and seek that attention and respect – but they only know how to do it in a wrong way by causing trouble.”

Coming together as one

Doug feels the biggest challenge in Halls Creek is that the community doesn’t come together, especially at night time.

“At night, it’s mostly just us [YENOs] alone. We all have a part to play in doing something better for the kids of Halls Creek. We need to work together, alongside each other – in the day and the night, with families and other agencies. The police do what they can, but they’re so busy – they’re also outnumbered and out staffed,” said Doug.

Doug believes that taking care of kids is not a 9-5 job, but a 24-7 commitment that should be the responsibility of parents and families.

“The kids on the streets don’t have anything going on for them in their life. There is nothing for them to look forward to, especially after school hours,” said Doug.

For Doug, he believes that the Halls Creek community can’t afford to keep blaming each other and to step up and take action.

“Stop playing the blame game because we all need to pitch in to help this town. It would be a better town then for everybody.”